Negative Perceptions Of Biopharma — Let's Get The Ugly On The Table 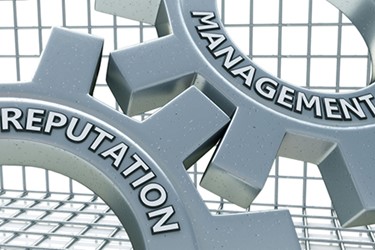 One of my colleagues has a saying, “Let’s get the ugly on the table,” which means, let’s talk about the real issue/s. This year, as in previous years, I’ve written a few pieces around the biopharmaceutical industry’s reputation problem (see list below).

But as our industry has found its reputation with the American people now dead last, and I and others wonder, “How is this possible,” there exist those who see things quite differently. Recently, I received an email from a reader with thoughts as to why the industry ranks where it does. So, let’s get the ugly on the table. Below is an edited email from a reader that spells out why the biopharmaceutical industry’s reputation has gotten to where it is along with suggestions for what can be done to repair it.

Thoughts on Current Negative Perceptions of the Pharma Industry

In recent years there have been a number of scandals associated with the drug industry, which due to broad and relentless media coverage,  have profoundly affected the public’s opinion of the industry. These include:

Editor’s note: Elizabeth Holmes was trying to disrupt the medical lab market, which is dominated by Quest and LabCorp. As such, it is questionable if this is linked to the biopharmaceutical industry’s reputation decline. However, it isn’t inconceivable that the majority of American people might struggle in differentiating the difference between biopharmaceutical companies and various other medically oriented businesses.

A. I have a family member who is a drug rep for Novartis and has weathered the storms and done well over the years as those above and below were dumped in the trash heap. However, they seem to be in a constant state of ambivalence concerning their profession, and I believe they would leave it if not so good at it.

B. While visiting another member of my family who is an oncologist, they had to excuse themselves to attend a one-hour seminar for which they were being handsomely compensated. Drug companies pour huge sums into these promotional activities, and I can understand why it is difficult for physicians, especially those in training, to pass up such opportunities.

C. Another close relative, a type 2 diabetic, is absolutely livid concerning the cost of drugs used to treat the condition. I have no details on the agents being taken or their costs, so I cannot vouch for the validity of their claims. But this is typical response you’ll be hit with when asking ordinary people how they feel about drug costs and the industry as a whole.

I would argue that the worst bill ever passed by Congress (and this is in the face of stiff competition) was the 1985 law that legalized pharma advertising to the public. There is only one other country in the world that permits this (i.e., New Zealand), and I think this legislation has allowed biopharma to create nonexistent illnesses and convince most of the public to purchase ineffective remedies for diseases they do not have. Even former Roche Pharmaceuticals CEO, William Burns, stated publicly that direct-to-consumer ads were “the single worst decision” drug makers have ever made because of the damage done to the industry’s image.

I remember clearly the TV ad for Lipitor featuring Dr. Jarvik (who attended medical school but was never board certified and does not have a medical license), which pictured him as an authority on cardiovascular illness, which he is not. He is the engineer of a failed model of the artificial heart. The ad was played over and over again, and even used a body double to portray Jarvik exercising in a kayak. In fact, Pfizer’s claim that Lipitor was the only cholesterol-lowering agent proven to lower cardiovascular mortality was correct, yet deceptive, because it was the only drug that had ever been evaluated on this basis (at that time).

I am well aware that there are many fine, decent people in the pharma industry. I am also aware of the efforts and the failures involved in getting successful drugs through the FDA and into the marketplace. I realize pharma companies are not charitable organizations and must make a profit in order to survive. But most of the Big Pharmas have profit margins in the neighborhood of 20 percent, and their executive compensation can range into 7 figures. So, it seems they’re hardly teetering on the edge of bankruptcy. But of course, there is no agreement on how low a profit margin would need to drop before the company would conclude that the risk of huge expenditures to develop new drugs was an insufficient as an incentive, and either give up, or retreat to a new version of erectile disfunction agents, for example.

But I don’t think you’re interested in a litany of curmudgeonly complaints, but rather, some actionable recommendations.

Here’s what I suggest:

According to a seminar series at Harvard Business School, some industries do pursue such a route. The evidence that more businesses and their "purpose-driven managers" are investing in society comes from CEOs at several multibillion-dollar organizations, including Unilever, Nestle, Nissan, United Stationers, and Aetna — all trying to make money while also making a difference. Thousands of smaller firms are also creating change in smaller projects. I don’t see drug companies in this list, but if they’re REALLY serious about modifying their public image, this might be one place to start.

Have some thought of your own as to why biopharma is where it is, or how it can be fixed? Feel free to share in the comments section below, or do what this reader did and type them up in an email to: rob.wright@lifescienceconnect.com.