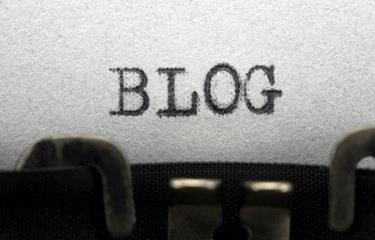 Let me tell you what I’ve been doing the last few months and why you haven’t seen a blog from me during all that time. Two activities have accounted for most of my workload — writing and travel. But of the two, writing has taken the lion’s share. I don’t mean the kind of writing I’m doing now, scribing down thoughts right out of my memory and imagination. I mean the sort of writing where most of the work takes place well before I press the first key for the first letter in the first draft. One series of articles now underway has so far required 16 interviews, some by phone, others on the road.

Alas, I am a specialized ignoramus, or dilettante; aka, a journalist. To ask even the most basic questions about the series topic — generally, new therapeutic approaches to neurodegenerative diseases — I first put myself through a veritable college course on the subject, reading and rereading through a tall (cyber) pile of related scientific, medical, and commercial literature. And yet, it is not the unseen labor I regret, but the unseen results. A monthly magazine has only so many pages to fill and cannot possibly contain the entire wealth of material it is possible to create in every project. And although we crafted our “Cutting Room Floor” to post additional editorial online, some material needs more context or commentary than the CRF affords, and the content just seems to fit better in a blog.

So I’m going to make up for the blogging lapse by laying out a backstory made of the ideas, unused editorial fragments, and hopefully relevant views that just can’t seem to find a home in any of my other published work. So keep reading … at least it shouldn’t be boring.

Like many of you, I opened the year in San Francisco at and around the JP Morgan Healthcare Conference. Chief editor Rob Wright has covered the event, as well as the BIO CEO & Investor Conference in New York, which we both attended a month later. In each case, memory will have to serve as the main filter that captures the highlights of my experience, along with a strong collection of contacts and interviews that will surface in my other writing.

What stands out most in my recollection of JPMCC is its unparalleled personal contact — and I mean that literally, as in “shoulder-to-shoulder.” During rush periods, when everyone was on the move at once, by the time I and my closest co-pedestrians made it together from one end of the long hall to the other, we had shaken hands, exchanged cards, caught up on each other’s life, and generally become fast friends.

What stands out next is a sensation that was intangible but pervasive, something I can only call a lifting of spirits. Of course, having missed JPMHCC in 2015, I am probably comparing the high ambience this time around with the relative somberness of the previous years, when the echoing bell of the Great Recession still pealed across the industry. Just weeks after this year’s gathering, the mood had changed again, not all the way back to somber, but certainly to sober. The downswing mainly reflected the persistence of the Wall Street bear  — the icon of weak share prices, plunging market caps, and risky IPOs — in the bio sector. Most of the experts had expected the bear to head for the hills after the new year, but instead it kept on gnawing away at share value. One pharma-company VC, greeting me at BIO CEO, virtually apologized for his pre-JPMCC optimism about the life science investment climate. It was a kind of a “keep your fingers crossed” remark.

What is the value of such an exchange? If I were a stock buyer or seller, at whatever level, I could perhaps make use of little hints like that, picked up here and there. But I am writing for a publication, so I tend to think more in terms of my own understanding for that purpose, which leads me to the question: Why do the experts assume things will either continue as they are, get better, or get worse? From a layman’s perspective, I suspect it might depend on their subjective sense of the “strength” of the market.

Back in October, most of the financial folks I encountered believed the generalist investors who previously flooded then fled from the bio market last year would soon return, because they really had nowhere else to put their money. “Certainly not energy!” was the typical comment. So perceived, the exit of the generalists could appear as benign as the flexing of a muscle before a mighty lift. In fact, the bio market seemed to come up, plateau for a few weeks, then take a deep dive just after JPMHCC ended. It has mostly had a dismal time ever since, but April has seen some ground regained. As many have observed, the Q1 2016 downturn differed in one key respect from the earlier shakeout a year ago; this time not just the poor performers but pretty much the entire sector was laid low.

Maybe the generalists were not just exiting a sector; maybe they were exiting investment, at least the traditional kind. Our editorial adviser Dennis Purcell of Aisling Partners may have hit on the key to understanding when he pointed out to me the reported bias of young people with disposable income to put their money into enterprises that “improve society and the environment.”

I should add that young people with disposable incomes make up a large and fast-growing portion of the generalist pool, but these days they must be seeking greener pastures in other sectors and funneling their money through nontraditional channels to wherever they choose. Some of that money may find its way to the life science area, through patient-advocacy organizations, research foundations, direct endowments, private funds, and so on. But even so, unless the life science financing community adapts, the millennials’ mulla won’t go to bio IPOs or stocks, and thus it won’t warm the hearts of the folks at the next JPMHCC or BIO CEO.

From New York, I went back home to spend some furious weeks writing the following:  “Industry Explorers Blaze On,” featuring orphan-drug pioneer Abbey Meyers (March 2016); “Companies to Watch” on the new-opioid developer Egalet (March 2016); The Enterprisers: InVivo Therapeutics: Taking On Spinal-Cord Injury (April 2016); Hot New Therapeutic MOAs versus Neurodegenerative Diseases — A Virtual Roundtable, part 2 of 3, on Parkinson's (April 2016); and another “Companies to Watch” on the live biotherapeutics developer Osel (April 2016). I also completed an extended feature on Lilly for the May issue, when the company celebrates its 140th birthday, and a “Companies to Watch” on Addex, a CNS-drug company, also for May.

During the same at-home period, I was preparing for a high-level roundtable on drug pricing, a private session we held April 20 alongside our first-in-Boston Outsourced Pharma Conference & Exhibition. Rob Wright describes the bare facts of the event here. Traveling to Boston, I moderated the roundtable and will soon chronicle the discussion in an upcoming issue of LSL. In short, I had started months ago with a casual suggestion by one of our advisors and developed the roundtable plan with my editorial colleagues based on the principle of inclusion — inclusion of industry’s pricing critics among the patient and payer groups around the same table with company leaders.

In my time, I have sat through too many other conference sessions on this topic with panels consisting entirely of industry folks wringing their hands over the pricing issue and consoling each other for not being better loved by people outside the industry. I am convinced the only way people will listen to the industry’s story is if the industry listens sincerely to theirs. For the sake of patients and public health, the various sides of the drug pricing debate need to come out of their isolated cells and start speaking with each other in a strong effort to reach common ground.

Almost everything in my list of writing projects has contained some content of relevance to the drug pricing issue. For the dozens of companies, key opinion leaders, and other stakeholders I’ve interviewed for my writings, the issue is a point of high sensitivity or even anguish.

Abbey Meyers, who founded the National Organization for Rare Disorders (NORD) and spearheaded the Orphan Drug Act, would have lent a positive presence to the roundtable with her even-handed approach to the issue of drug pricing and patient access. She could not be there, but fortunately, we had two other advocates at the table who helped start the discussion at ground level, with patients, where the issues of premium drug pricing and payer cost-control converge. Meyers sent this statement to me just before the event and gave me permission to use it here:

“This is the last industrialized country in the world that does not control drug prices. We have escaped until now, but drug costs have gotten so out of hand the public will be demanding price controls by asking why American consumers are paying the highest prices in the world. The industry can no longer rely on their political friends to escape government regulation of prices, so it is time for industry leaders to discuss viable alternatives that could be offered to the public and the government. The industry can no longer ignore this topic, and the industry cannot afford additional erosion of its public image. The industry must be seen as participating in solving this problem.”

Depending on how one frames the data — what averages out, what averages in — drug prices have either risen dramatically as Meyers and many others perceive, or they have leveled off or even fallen in recent years. It is clear that disproportionate attention goes to single drugs and their price tags rather than one average or another. But in some circumstances, for some patients, the concern seems proportionate to reality. Premium prices may result in lost, delayed, or interrupted access to a singular drug their lives depend on.

Lilly spent unprecedented amounts of money building facilities to produce insulin at the highest possible quality and lowest possible cost, to ensure affordable, near universal access for the diabetic population. It also joined other companies in making sure every child in the USA, and eventually around the world, was vaccinated against polio. Janssen, Merck, and others went out on a limb to develop treatments for “third-world” conditions. Some of those medicines also became first-world blockbusters, and some did not, but the common denominator was risk — the companies went down the development path with no absolute assurance of great reward.

My current work also faces the unavoidable issues of pharma pricing, payer pushback, and patient access. After two nights and a single day in Boston for the roundtable, I headed back home to the West Coast again for another round of writing projects. Those include a story with Takeda’s first non-Japanese CEO, Christophe Weber, and the final installment of our three-part series on hot new therapeutic mechanisms for neurodegenerative diseases, on multiple sclerosis. (See also part one, Aiming at Alzheimers and part two, Parsing Out Parkinson’s.)

So, the preceding account brings us up to date with this often-preoccupied but only seemingly absent blogger’s backstory. Catching up is hard to do; that is, if you wait too long. I will endeavor to make the wait much shorter next time around.